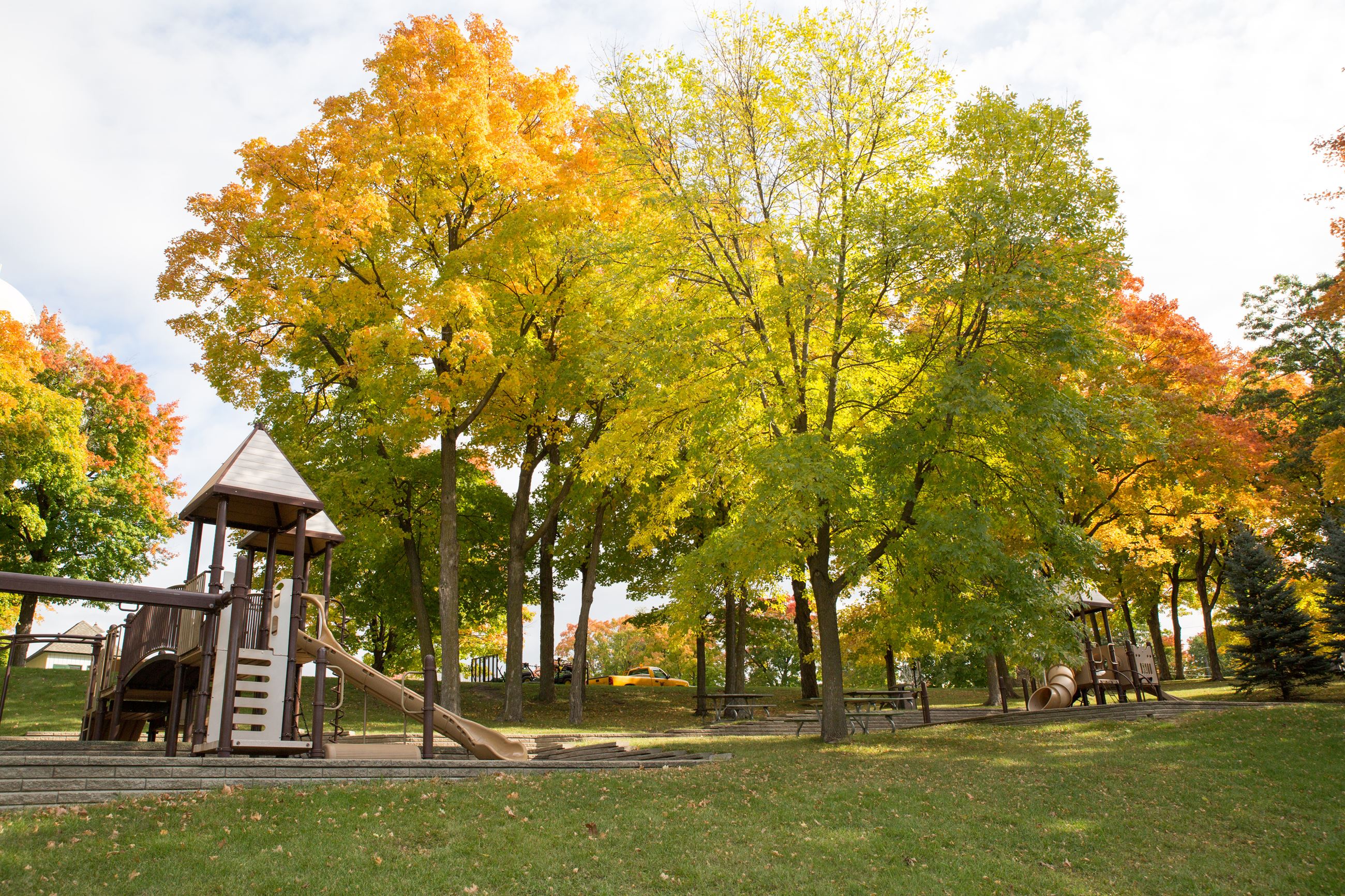 One of the challenges of the update is that the current playground is on a steep slope which makes ADA accessibility difficult if the equipment is to be replaced in the same location. An Accessible Route Study was performed by HKGI to determine if the replacement of the playground equipment in the same location is feasible. This study is attached below. The study found that the routes to make the playground ADA compliant are intensive and expensive so the next option that is currently under review is to move the playground equipment south into the grassy open area and existing utility route.

The proposed timeline for the project is to have the first Community Meeting on August 29 to solicit general stakeholder feedback. This feedback will then be included in a Request for Proposal that will be sent out to various playground vendors in the fall. The proposals that are received by the vendors will be reviewed by the Parks and Trails Board and the City Council. The creation of plans and the public bidding process is proposed to be completed over the winter months. The goal would then be to update the playground equipment in the spring of 2023.

If you have any questions on the proposed project please contact Nick Kieser, Parks Planner, at 952-404-5313 or at nkieser@wayzata.org.